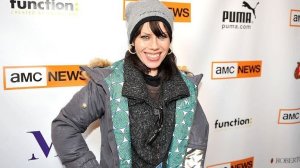 ‘Return to Oz’ Star Fairuza Balk Has Changed Over the Years Balk, 44, made her debut in the 1983 TV movie The Best Christmas Pageant Ever, which led her to landing a breakout role in Disney’s dark 1985 Wizard of Oz sequel Return to Oz. Her performance as Dorothy Gale in the cult movie put her on the path to more films, including Milos Forman’s Valmont and the TV movie The Worst Witch opposite Tim Curry. When Balk is not acting, she is recording as Armed Love Militia. Last year, she released the EP Raw Live Lo-Fi, and has shared her work on YouTube. “Music is such a mysterious thing. I truly do believe that sometimes if you’re lucky it does just arrive, or comes through you from another place entirely,” Balk wrote of her music-writing process on her blog.

‘The Wizard of Oz’ creator’s legacy lives on in central New York a century after his death Marc Baum, who has no relation to the Oz creator, is one of the primary individuals preserving Oz culture and history through the all-volunteer, The International L. Frank Baum & All Things Oz Historical Foundation. The group started years ago when Clara Houck, the former Chittenango village librarian, organized a small birthday party for Baum, where locals sang “Happy Birthday,” ate cake and ice cream and read part of the first book in the series. It then graduated into the Oz-Fest and became Oz-Stravaganza in 2008. Always held the first weekend in June, Oz-Stravaganza can attract up to 35,000  people to celebrate “The Wizard of Oz.” Six years ago, the group became a government-recognized 501(c)3 historical foundation and opened its museum, which has a collection of more than 15,000 pieces and saw 18,000 visitors last year. All Things Oz’s president Dennis Kulis oversees the collection. The 15,000 items are stored in museum archival-grade storage boxes on the second floor above the museum, which used to be a local pharmacy. The original storefront stood at the same time Baum lived in Chittenango. Kulis said his current favorite is a recent acquisition of an original 1921 Parker Brothers’ board game called “The Wonderful Game of Oz,” complete with all the pieces.

Longtime Wizard of Oz Festival Contributor, Elaine Macejak’s New Book “Sassy Ann and Teddy Bear in Oz” Collects Original Stories of the Enchanted Land “I’ve been appearing at the annual Wizard of Oz Festival in Chesterton, Indiana, since 1985 as Princess Ozma of Oz, where I performed original ventriloquist puppet shows, and presided over ‘The Teddy Bear Contest and Tea Party‘,” Elaine Macejak said of her work. “The Sassy Ann and Teddy Bear stories combine little morals about friendship, acceptance and responsibility, which I hope will appeal to children—and the young in heart of any age group.” Published by New York City-based Page Publishing, Elaine Macejak’s tales are meant as much to serve as entertainment as they intend to express small lessons at the end of each story. By incorporating the familiar world of Oz, Macejak works within the realm of canon while also taking liberties with the setting to create new magical fields for children’s and the author’s imagination to explore new adventures. 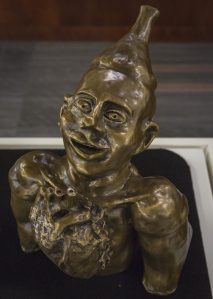 Park City Library director enjoys getting her hands dirty with clay Park City Library Director Adriane Herrick Juarez didn’t know she had a knack for art until she visited the Kimball Art Center’s open clay studio two years ago. “I was a big sister in the Big Brothers Big Sisters program and my ‘Little’ and I went to the studio as an activity,” Herrick Juarez said. “We dug our hands in and the clay just felt right. Right then I realized it was my medium.” The public can see a sample of Herrick Juarez’s sculptures in a new three-dimensional art display case at the Park City Library. “I Hear a Beat … How Sweet” is based on the Tin Man from Frank L. Baum’s “Wizard of Oz” book series. “I was inspired by the moment where the Tin Man receives his heart, but I made him so happy that it’s bursting out of his chest,” Herrick Juarez said. “Of course there is that literary inspiration, but I took the character to a different place.”

Netflix Taps Anna Klassen to Write ‘Dorothy and Alice,’ About Two Iconic Heroines Netflix has tapped up-and-coming screenwriter Anna Klassen (When Lightning Strikes) to write Dorothy and Alice, which follows the fantastical friendship between two of literature’s most iconic characters — Dorothy from The Wizard of Oz, and Alice from Alice in Wonderland. Justin Merz (Disney’s Rose Red) wrote the initial draft of the script on spec when he was a schoolteacher in Santa Monica. Bryan Unkeless (I, Tonya) is producing via his Clubhouse Pictures banner, and Netflix acquired the project in 2017 as a potential franchise starter. The original script found Dorothy Gale haunted by nightmares of Oz’s impending destruction. Sent to a home for others like her who experience troubling, vivid dreams, she soon befriends Alice, a mysterious girl who involves her in a perilous quest to not only save the worlds of imagination, but the world as we know it. However, Collider has learned that the plot has changed since the announcement about the initial spec sale, as Netflix and Unkeless want Klassen to take the project in a different direction, which, naturally, is being kept under wraps.

New TV show goes off to see a ‘Wizard of Oz’ collector in Homer Glen There’s no place like home. Especially if it belongs to Walter Krueger, a 32-year-old from Homer Glen who has spent a lifetime filling his southwest suburban home with things related to “The Wizard of Oz.” He’ll be featured in the April 28 episode of “Collector’s Call,” the first original series on MeTV, the Chicago-based classic TV channel. People have their collections professionally appraised, then the expert offers to trade one of the collector’s items for something on their wish list. “Collecting was something I shared with my grandmother and my mom,” he says. “At the age of 6, I knew who ‘Chatty Cathy’ was and what she was worth. They were antique doll collectors and taught me that toys sometimes have a value that appreciates long after someone has stopped playing with them.” He owns more than 10,000 items, including first and second editions of the books and costumes from Oz films. Another of his keepsakes, his favorite, is a figurine of the cubic, catlike creature called “The Woozy” that first appeared in L. Frank Baum’s book “The Patchwork Girl of Oz.” Carved by Baum himself, the piece was given to Krueger by Baum’s family. “Over the years, the Baum family has given me stuff to take care of,” he says. “This is nothing short of the preservation of pieces of American history.”

Musical developed by Rider professor on track for Broadway Watching Judy Garland sing “Over the Rainbow” as Dorothy Gale in The Wizard of Oz is a moment Adjunct Theatre Professor Tina Marie Casamento will never forget. Having lost her own mother at a young age, Casamento questioned where Dorothy’s mother was as she watched the film. She remembers finding comfort in the idea that Dorothy’s mother was somewhere over the rainbow too. The connection to the movie’s protagonist remained strong as Casamento fostered a growing interest in Garland’s life throughout her childhood and teenage years. This fascination led her to develop a concept that would eventually become the full-length musical Chasing Rainbows: The Road to Oz which is set to premiere at the Paper Mill Playhouse on Sept. 26.

The ‘Perfectionists’ Season 1 Episode 4 Promo Pretty Little Liars: The Perfectionists, the truth about Taylor Hotchkiss’ life is about to spill over. In the promo for April 10’s “The Ghost Sonata,” snippets related to Nolan’s mysterious sister continue to pop up. Ava (Sofia Carson) and Dylan (Eli Brown) appear to find an old copy of Ozma of Oz, a later addition to The Wonderful Wizard of Oz book series, that belonged to Taylor. Taylor crossed out the names of countries in the book’s map of Oz, replacing them with “Hotchkiss Land” and “McDevitts.” After Alison muses about whether Taylor ever found the Emerald City, she seemingly visits the cabin again, picking up another Oz book as something causes her to spin around and look behind her.