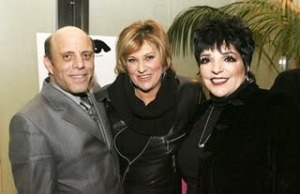 Oscars: Judy Garland’s Kids to Reunite for ‘Wizard of Oz’ Tribute  Judy Garland‘s three children — Liza Minnelli, Lorna Luft and Joey Luft — will reunite at the 86th Academy Awards on Sunday night to help commemorate the 75th anniversary of their late mother’s most iconic film, The Wizard of Oz, The Hollywood Reporter has learned from multiple sources. Garland’s three children haven’t always gotten along, but they are said to be on good terms these days and enthusiastic about this opportunity to celebrate their beloved mother in such a high-profile way. THR is told that specifics of what the commemoration will entail have not yet been locked down.

Elizabeth Gilbert: Books that changed me   “The Wizard of Oz series by L. Frank Baum. This is my origin story. I grew up with well-worn copies of these books – books that had been handed down through my family for several generations, complete with the stunning art deco illustrations. The Oz stories were tales of a farm girl (which I was) who went on otherworldly adventures (which I wanted to do) and who was incredibly brave (which I still want to be). I always credit these books with making me into a traveller and a writer. If you have an especially dreamy little girl in your house, forget about Disney videos – get her a box set of these babies.” 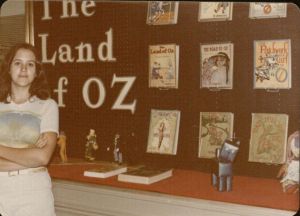 Latest Vocaloid Musical “Music Wizard of OZ”  Popular female vocaloid song creator OSTER Project will release her latest album “Attractive Museum” from a newly-launched label Subcul-rise Record on April 23. The 14-song album includes a new 20-minute long vocaloid musical tune “Music Wizard of OZ” featuring Hatsune Miku (Append), Kagamine Rin & Len (Append), Megurine Luka, MEIKO, KAITO V3, and Vocaloid3 Megpoid. As the title suggests, the musical is based on the 1939 fantasy film The Wizard of Oz. The illustrations in the PV are drawn by Y-oji, who has worked with OSTER Project for several years including the famous “Alice in Musicland” PV.

The Truth About Shirley Temple’s “Wizard of Oz” Connection  Among Shirley’s oft-cited literary favorites was the Wizard of Oz book series by L. Frank Baum and his posthumous successor, Ruth Plumly Thompson. In pictorial layouts of the Temple home, the Oz books were clearly visible on her bedroom shelf, and references were made to her interest in the adventures of Dorothy and her friends. In Child Star, her 1988 autobiography, Temple Black herself claimed that when her mother suggested she could play Dorothy in the movies, Shirley replied that she wanted to meet Dorothy, so absorbed was she in the Oz stories.

‘Wizard of Oz’ Ruby Slippers to Display at Costume Designers Guild Awards  Tap your heels three times because the Costume Designers Guild Awards will be displaying a replica of the The Wizard of Oz’s ruby slippers at the entrance to the ballroom of the Feb. 22 ceremony, in honor of the film’s 75th anniversary. The iconic heels — covered in about 2,300 sequins with hand-sequined georgette and lined with leather — were originally designed by MGM’s legendary designer Adrian Adolph Greenberg. Western Costume’s Joe Napoli had originally made four pairs, with one currently housed at the Smithsonian. Judy Garland, who played Dorothy, wore the original pair.

Take Me Tick Tock build a dark fantasy world with heavy metal and hard rock  Credit a late-night viewing of Walt Disney’s 1985 cult classic Return to Oz. A sequel of sorts to L. Frank Baum’s The Wonderful Wizard of Oz, it features Tik-Tok, a round-bodied mechanical man who runs on clockwork springs. At one point, Dorothy and Tik-Tok’s eyes meet, which prompted drummer Jacob Williamson to ad-lib a line of sultry dialogue: “Take me, Tik-Tok!” “He said that, and I started laughing so hard I was crying,” remembers vocalist Dustin Sisson, a longtime sound engineer at the Madison Music Foundry’s Blast House recording studio and a mentor for the Foundry’s Rock Workshop for young musicians. “I said, ‘That should be the band name!'”

Weinstein Confirms ‘A Friend of Dorothy’ in Anne Hathaway!  If the creative team sticks to the facts and let the comedy and tragedy of Judy’s life play out as it happened sans gross embellishment and with Hathaway’s incredible talent then the film could be pretty spectacular. For my money all concerned screenplay, direction and leading lady must all combine to present in an understated way Garland’s larger than larger life. If we are going to see a film depicting the woman fumbling for a bottle of pills of every two minutes: A GREAT BIG YAWN. In the end I am reminded of a scene between Harper Lee and Truman Capote in the film INFAMOUS. Sensing that Mr. Capote is attempting to “color” the facts of the Clutter Family for his new found reportage, “In Cold Blood”, Miss Lee looks him dead in the eye and says “the truth is enough!”. Tell the truth . Tell it with class and an even hand. In the end hopefully Anne Hathaway, Harvey Weinstein and company will all produce a film that proves that they are all “Friends of Dorothy”. 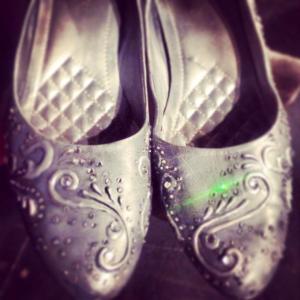 Review: The Woodsman  An almost wordless theatrical experience, with an initial framing monologue, movement and music throughout, elegant puppeteering, and lovely lyrics delivered by the enchanting ensemble at the end. Spare, inspiring, moving, delightful theatre with sometimes handheld lighting and other simple shadow effects. Occasional moments inspire thoughts of the 1939 M-G-M evocation of the Oz world — e.g. an oil can that emerges to un-squeak Nick’s newly assembled arms makes the distinctive sound “cluck cluck” sound of the oil ministrations by Scarecrow and Dorothy to the 1939 film’s rusted Tin Man. These derivative moments are fun (my audience happily chuckled) and yet are far between. Strangemen & Co.’s delicate  fairy tale-telling wonder draws from some of the same raw materials as prior films and staged creations and still is all new, “great and terrible,” and simply marvelous.

Sean McNamara to direct Young Santa Soul Surfer director Sean McNamara has signed on to Young Santa, an adaptation of L Frank Baum’s The Life And Adventures Of Santa Claus. “We very much look forward to bringing Sean McNamara’s vision of L Frank Baum’s holiday fantasy to the big screen,” said Smith and Arnold-Beutel. “With such icons known all over the world and a great producing team we believe to create an instant family entertainment classic”. “It’s always been my dream to direct a Christmas movie and now I have that opportunity with this wonderful script and L Frank Baum story,” added McNamara.” 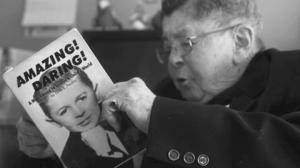 The munchkin of Marshalltown  Journalists and movie historians have traveled to Marshalltown to meet Dale Paullin over the years, because he’s a little person who claimed to be a Munchkin in the 1939 film “The Wizard of Oz.” “Dale wasn’t in it and he wasn’t cut from it,” said Stephen Cox, author of “The Munchkins of Oz,” in a recent interview from Los Angeles. Paullin continues to claim he was in an early six-week filming that was never used after the initial director was fired. Yet in his room filled with movie and show memorabilia only one small novelty picture book on “Oz” remains. The cheery man who often prefaces his thoughts with a high-pitched “Weeee” and a giggle, grew somber for just a few seconds when asked if he regrets the claim. “I wish I’d never brought it up,” he said.