Dress from ‘Wizard of Oz’ sold by local for $300k  The dress was only worn during the first two weeks of filming in 1938 with director Richard Thorpe and did not appear in the film. Bay Area Hollywood memorabilia collector Barry Barsamian had the dress for more than three decades before it sold Sunday at the Profiles in History auction house in Calabasas Hills for $300,000. “It kept going higher and higher,” Barsamian said in a phone interview from Calabasas Hills.” “When it hit $200,000 … that’s when it just jumped.”

‘Wizard of Oz: Unscripted’ starts Aug. 3 in Houston  Running at 10:30 p.m. Saturdays through Nov. 2. the show features ComedySportz actors putting their own spin on the well-known classic using audience suggestions to reinvent the characters and situations, according to a ComedySportz press release. Because of the adult-oriented language and graphic miming, the show is limited to adults ages 17 and older.

JACKPOT PARTY Launches Two New Online Slot Games: THE WIZARD OF OZ Wicked Riches and Spartacus Gladiator of Rome  The new Wicked Riches game recreates online a popular 5-reel mechanical Vegas-style slot action and is packed with feature rounds including a Winged Monkey feature and a free-spin feature round. The Winged Monkey feature, triggered by a symbol on the third reel, adds additional winning symbols to the reels in either the base game or during the free-spin feature. In the free-spin feature, each line win is awarded a random multiplier up to 10x. 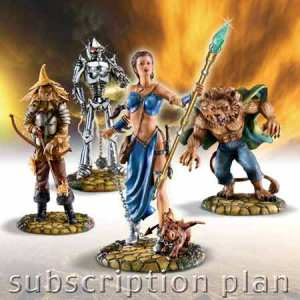 Timur Bekmambetov Takes on Warriors of Oz  A new vision of L. Frank Baum’s world of Oz is on the way from Timur Bekmambetov. Deadline reports that the Nightwatch and Wanted director will executive produce and potentially direct “Warriors of Oz,” a miniseries set to air on Syfy. The miniseries would follow modern day warriors on a journey through a post-apocalyptic future version of Oz taken over by an evil wizard. The Tin Man, the Scarecrow and the Cowardly Lion are to be reimagined as three warriors themselves, Heartless, Brainless and Coward.

There’s no place like Garland Street Fair  The Garland Street Fair, the annual tribute to Judy Garland and “The Wizard of Oz,” whirled through Garland Avenue. About 100 vendors showed their wares, while costumed revelers came to celebrate. And their little dogs too: Several brought their dogs dressed as flying monkeys for the occasion.

Coronado offers chance to win unique Oz memorabilia  Dorothy’s House and the Coronado Museum has recently been donated a couple of items to help raise funds for the Dorothy program or the Coronado Exhibit Hall Fund. The items that are going to be given away are a table and chairs set from The Wonderful Wizard of Oz, and they were donated by Terry and Ronda Maxwell. The chairs are designed as Dorothy, the Lion, Tin Man and the Scarecrow. And the folding card table has a picture of the Yellow Brick Road on it. There is also a tea set included with the table and chairs. Donations will get a ticket with a chance to win the set. A donation of $10 will get one ticket or six tickets are available for $50. Tickets can be picked up  at The Coronado Museum Gift Shop. The drawing is scheduled for Oct. 12, during OzFest.

Wizard theme picked for annual village day  THOUSANDS of visitors will be transported to the Land of Oz for this year’s popular Ainsworth Village Day. The recreation ground in Church Street will be brought to life for the spectacle, which started in 1977 to celebrate the Queen’s silver jubilee. It has been given a Wizard Of Oz theme and will be officially opened at noon on Saturday, July 27 by the “Wizard of Ainsworth”, Les Martin. The traditional procession starts at 12.30pm and will be led by a samba band, followed by popular characters Dorothy, Tin Man, Scarecrow and Lion. Budding singer and actor, Courtney Fannon, will sing ‘Somewhere Over The Rainbow’.

Long before the movie, ‘Oz’ found a home on stage  In 1945, the St. Louis Municipal Opera used the music from the film, written by Harold Arlen, with lyrics by E. Y. Harburg, in a new production. The script was based on the book, but featured certain influences from the movie. A new song was added for Dorothy to sing in the Emerald City, called “Evening Star”, and the Wizard does not go home in a hot-air balloon. Instead, he uses a much more sensible rocket ship. That version of the show proved popular for many decades.

The Wizard of Ahhhs featuring Pentatonix

Interview with ‘Little Adventures in Oz’ graphic novelist Eric Shanower  “I’m adapting the Oz books by L. Frank Baum to the comics medium. Skottie Young is the artist for these books and Jean-Francois Beaulieu is the colorist. We’re currently working on the sixth Oz book, ‘The Emerald City of Oz’. These adaptations are very close to the original material. The only changes I make to the stories is to incorporate, when appropriate and useful, other versions by Baum, such as stage scripts and introductions for excerpts. For the earlier books, we didn’t leave anything out, but the publisher has cut our page count, so, particularly for the latest book, we’re having to condense. I’ve been a professional cartoonist for nearly three decades and I’ve loved the Oz books since I was six years old, so I bring a deep knowledge of both the comics medium and Oz to these adaptations. In addition to Skottie Young’s vital new vision of Oz, which many readers seem to love overwhelmingly, I think this strength gives this series of books the power to last.”

Local Collector Selling Original Dorothy Dress From Wizard Of Oz  The 75-year-old dress will be auctioned off at Profiles in History auction house in Calabasas Hills on July 28. Barsamian’s copy of the dress is a solid blue pinafore with polka dot trim and puff-sleeved blouse. During the early filming Garland also wore a blond wig. Actress Debbie Reynolds owned another version of the dress that was also used during the movie’s first two weeks of filming. That dress was auctioned off in 2011 for $910,000.

Lakewood startup Jersey Jack Pinball enjoys fast growth with ‘Wizard of Oz’ game  Workers in the plant are trying to keep up with orders for The “Wizard of Oz.” Steve Zamonski, director of final testing, demonstrated how the game works. At times, it is so intricate that it can be hard to keep up. Dorothy gets carried away by a flying monkey? There’s a melting witch? Really, it’s best not to think too much. It’s a simple story. “You hit (the witch) and knock her down,” Zamonski said. “She sinks, and you get points.”

Holy Crap, Remember…Oz Squad?  Looking back on Oz Squad a good twenty years after its original launch shows that Alquist was truly ahead of his time with this approach. The trend of putting characters from classic literature in modern and/or mature-themed settings has been embraced by the mainstream comic-reading public in current books such as Vertigo’s Fables and The Unwritten, Zenescope’s Grimm Fairy Tales, and even Alan Moore’s controversial graphic novel Lost Girls. We’ve even seen the “Merc With a Mouth” mixing it up with Moby Dick and Tom Sawyer in the pages of Marvel’s Deadpool Killustrated recently. Despite its high-concept premise, Oz Squad was also fairly experimental at times. One issue late in its run introduced Dorothy to the actual L. Frank Baum, which mirrored the same meta nature of Morrison’s Animal Man and Gaiman’s The Sandman. 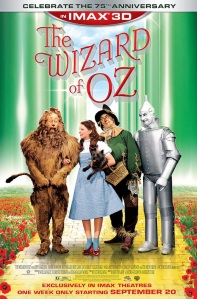 ‘The Wizard of Oz’ IMAX 3D Exclusive Poster: Dorothy & Co. Dazzle in Vivid Color  In honor of the 75th anniversary of the 1939 Judy Garland classic, Warner Bros. is bringing the journey to the extra big screen in IMAX 3D. That’s right, the Good Witch of the North will be floating in her bubble right into your face, and those flying monkeys? You better watch out. The new poster for the film’s IMAX 3D experience is so vivid and glistening we feel like it’s 1939 again and we haven’t seen color before. Check out the exclusive poster below, as well as a throwback to the original poster. “The Wizard of Oz” in IMAX 3D comes to theaters for a limited one-week engagement starting September 20.

The Emerald City of Oz #1  In Kansas Uncle Henry can’t pay the mortgage, so Aunt Em, Dorothy, and he must leave their home. Where can they go? To the Land of Oz, of course! Will anyone in Oz survive after the Nomes attack through a secret underground tunnel?

‘He’s a great magician’ James Franco on preparing for his role as Oz with Lance Burton  Fans of the Disney film may be surprised to know that the 35-year-old actor was so serious about his portrayal of Oscar Diggs, that in order to prepare for the role, he received training with magician Lance Burton. The 53-year-old, who has performed over 5,000 shows at the Monte Carlo in Las Vegas, spent a lot of time with Franco and definitely had a huge influence on his overall performance in the movie, which is out on DVD and Blu-Ray today. Speaking about his one-on-one tutorials with Burton, the ‘Pineapple Express’ star said: “I was fortunate enough to receive lessons from Lance Burton, one of the great magicians from Las Vegas, and he normally performs for hundreds or maybe thousands of people and I got to have him as my private teacher for weeks, which was great.

ComedySportz-Houston UNSCRIPTED SERIES: WIZARD OF OZ to Open on 8/3  Since the inception of the Unscripted Series, which began in April 2013, ComedySportz actors have set out with a singular mission in mind: recreating the most beloved stories from pop culture – with an improvisational twist. Using audience suggestions to reinvent the characters and situations we hold dear, the outcome is always unexpected and hilarious.  Wizard of Oz: UNSCRIPTED opens August 3, 2013 and runs every Saturday at 10:30 through November 2, 2013.

Circus Smirkus Puts New Spin on ‘Wizard of Oz’ in Return to Saratoga Race Course  This year’s tour continues the tradition of theme-based shows as Smirkus goes “somewhere over the rainbow” with a new spin on the Wizard of Oz, titled “Oz Incorporated.” The international circus features youths under 19 with polished skills from all around the country and the world. The performance is full of talent and spectacle, with aerials, acrobatics, highwire, juggling, trapeze, clowning and an array of brilliant costumes. In its 26th year, Circus Smirkus is the only American youth circus to put on a full-season tour under its own big top, a 24-meter, 750-seat, one-ring tent in the European style.  Circus Smirkus will take place July 5–7 at the Saratoga Race Course on Union Avenue. Shows will be July 5 at 7 p.m. and July 6 and 7 at 1 and 7 p.m.