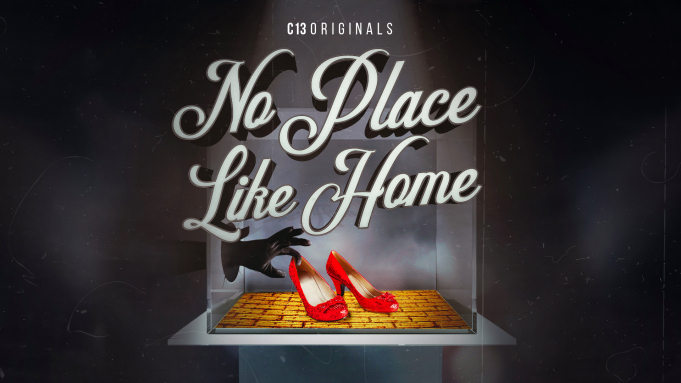 ‘No Place Like Home’: Seyward Darby & Ariel Ramchandani To Host Podcast About Heist Of Dorothy’s Iconic Ruby Slippers The wild story behind the heist of Dorothy’s iconic ruby red slippers from The Wizard of Oz is the subject of a new podcast series hosted by Seyward Darby and Ariel Ramchandani. No Place Like Home is a limited run podcast docuseries that comes from Audacy-backed C13Originals. Dorothy’s ruby slippers from the classic movie are among the most iconic and nostalgic objects in Hollywood movie history, a rare collector’s item worth millions. And in the summer of 2005, a pair was stolen from the Judy Garland Museum in the small town of Grand Rapids, Minnesota, Garland’s hometown. They were missing for about thirteen years until one day they mysteriously reappeared in an FBI sting operation. Although the shoes were eventually recovered, there are more questions left than answers. The FBI still hasn’t announced who stole them, where they went, or the circumstances surrounding their return. The eight-part series also explores the life of Judy Garland, and the larger cultural significance that one of the most famous props in movie history continues to have in Hollywood and the world-at-large, in a nostalgic twist circling this heist.

Academy Museum to Sell Lego Oscars and Ruby Slipper Purses The Academy Museum store at the Academy Museum of Motion Pictures will feature merchandise designed by costume designers Arianne Phillips and Ruth E. Carter as well as a Lego Oscar statuette and a ruby slipper purse. The retail space will be located in the lobby of the new Mid-Wilshire museum, which is set to open Sept 30. A jewelry line developed by “Black Panther” costume designer Ruth E. Carter and the film’s jewelry designer Douriean Fletcher will feature gold-glass mosaic tiles from the museum’s gold cylinder at the corner of Fairfax and Wilshire. Phillips (“Once Upon a Time in Hollywood”) is the creative director of a clothing collection inspired by “The Wizard of Oz,” which includes t-shirts designed by Arjun Bhasin (“Life of Pi”), Sharen Davis (“Dreamgirls”) and Sandy Powell (“The Favourite”). Jeremy Scott will also contribute “Wizard of Oz” clothing and accessories from Moschino, including a ruby slipper purse.

‘Wicked’ Movie Director Jon M. Chu on What Fans Can Expect: “For Me It’s Finding the Truth of Each Song” “We’re in the beginning stages of Wicked. However, I think the philosophy of what musicals mean to me personally now that I have actually made a movie musical… you know, there’s theory about what movie musicals mean to me as being a watcher of movie musicals. Now that I’ve gone through it, what really has hit me is the power of music and why musicals exist in the first place when words aren’t sufficient. Nowadays, words really aren’t sufficient for what we’re going through. So for me, it’s finding the truth of each song and working our way inside out of why that exists.”

The Strange History between Disney and Oz Though Disney has never directly adapted the Wizard of Oz story, they have a LONG history with the property. Some people  are speculating with Disney+ needing more original content that Disney could make some animated films exclusively for the service. Well, here is the opportunity to finally attempt something, especially with the original story now in the public domain. Who knows if Disney will attempt something like this, I personally think if they want it to make a big impact it should feel like something you’d get from the Classic Disney era of the 1950s.

North Van man goes beyond the yellow brick road to honour late wife With help from friends, family and the community over the past year, Ed has worked hard to make his Land of Oz tribute come to life. He noticed a classified ad in the North Shore News for hundreds of free bricks, which a friend helped collect, bring to his house, and Ed worked diligently to refurbish and paint. His daughter-in-law designed the Scarecrow model and is currently putting the finishing touches on a Cowardly Lion. His daughter and son-and-law built a birdhouse for the top of the arbour. And gold-painted wood rings have been placed to form a chain around the arbour, with different coloured roses fed through the rings. “It will come out looking like a simulated rainbow,” says Ed. On his personal project, Ed says he’s sure his late wife would be amused by his Land of Oz memorial, though he’s fairly confident he’d be in a bit of trouble for it as well. “She’d never, ever draw attention to herself. There would be a little bit of conflict there,” jokes Ed. 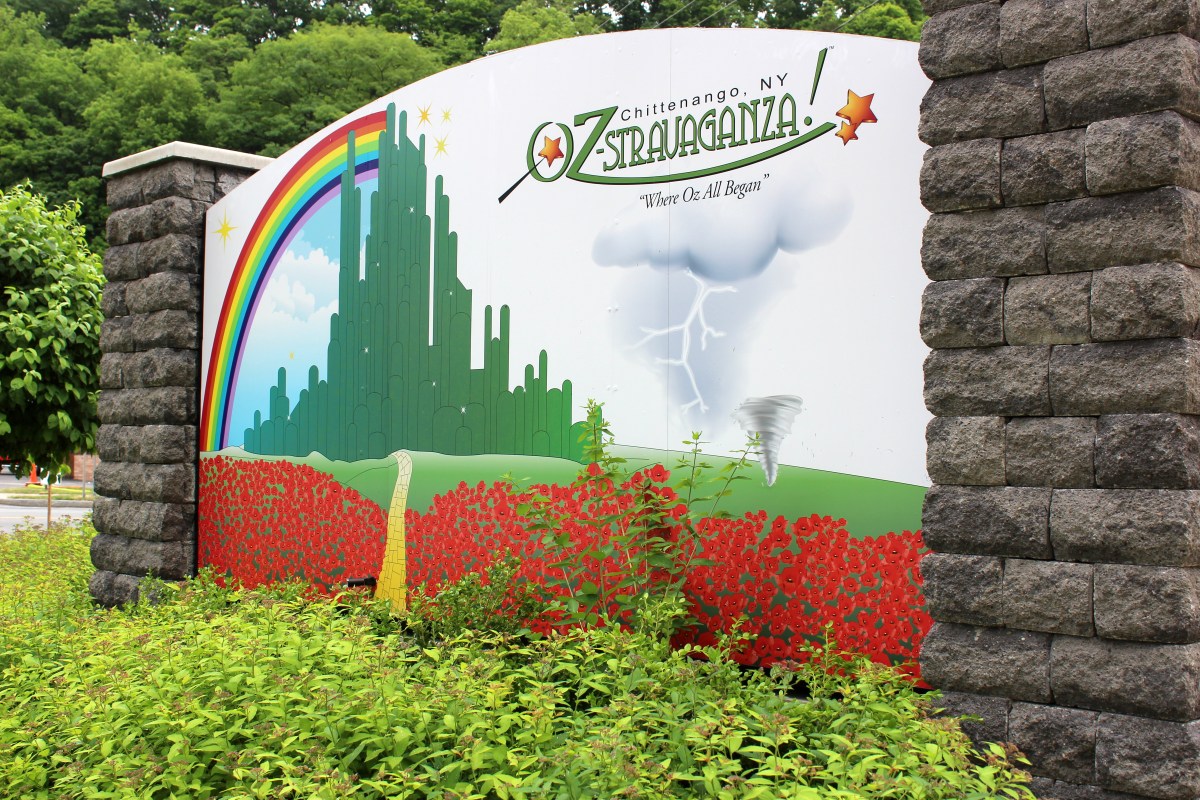 Chittenango’s annual Oz Fest to be virtual Chittenango’s Oz-stravaganza is still happening, but it will be virtual this year. The 44th year of the event runs through Sunday. Organizers say many of their events can carry over well, like the coloring contest and the auction. The interviews that normally happen on Friday and Saturday night are still happening, they’re just going to be rolled out through the weekend. It may look a little different, but organizers say they made the decision to go virtual based on the timing. “We start planning this event in August of the year before and we weren’t really in a place where we could plan a major event and bring 30,000 people to Chittenango for a weekend. So it forced us to think outside the box,” said Marc Baum of the International L. Frank Baum & All Things Oz Foundation. The All Things Oz museum is set to reopen and the end of this month. While closed during the pandemic, the museum made multiple renovations, like new carpeting and display cabinets.

Virginia Beer Company Celebrates Pride with Friends Of Dorothy Hazy IPA Beer, people, purpose. These are the three priorities the Virginia Beer Company (VBC) holds close to its heart. So when an opportunity sprang up to craft a beer that embodied all of these qualities and support the LGBTQ+ community, co-founder of VBC, Robby Willey, said that it was just the natural thing to do. “This one checked off all three boxes,” he said of the hazy IPA brewed by VBC that is fittingly named Friends Of Dorothy. While the origins of the phrase, “Friend of Dorothy” have been debated, some harken it back to Judy Garland’s character in the beloved classic, “Wizard of Oz,” singing the iconic song, “Over the Rainbow.” Judy Garland went on to become an icon for LGBTQ+ for her acceptance and love for the community.

Paco León is inspired by ‘The Wizard of Oz for his new project Paco León has a new movie 5 years after ‘Kiki, love is made’ Carmen Maura, Carmen Machi Y Luis Bermejo join young musical talents like Dora postigo, Ajax Pedrosa Y Wekaforé Jibril Paco Leon has a new film project. For him it will focus on the initiatory journey of a teenage girl in a contemporary and very free version inspired by the classic ‘The Wonderful Wizard of Oz’. Filming will start on August 2 and will last for eight weeks. With script written by Javier Gullón and León himself, the film will feature an important presence of different artistic disciplines such as dance, fashion, plastic arts and, above all and prominently, music. Dora postigo, Ajax Pedrosa Y Wekaforé Jibril, young talents who are revolutionizing the music scene, will share the limelight in the film with established actors such as Carmen Maura, Carmen Machi Y Luis Bermejo. The new film will be distributed in Spain by Buena Vista International, Netflix Y Mediterranean Mediaset España Group, and can be seen in the rest of the world through Netflix. 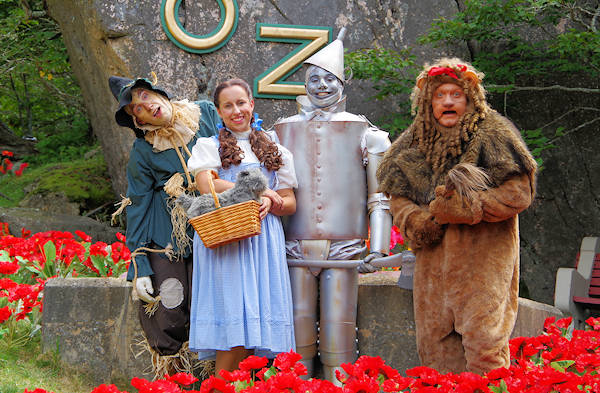 Behind-the-Scenes of The Wizard of Oz’s Land of Oz (VIDEO) The Wizard of Oz theme park was developed by two brothers in 1970. Land of Oz unfortunately closed in 1980, but the park now hosts Journey with Dorothy weekly in June and the Autumn at Oz festival in September. See what makes this Beech Mountain, NC gem so secretly awesome.

BWW Interview: Rachel Landon, Carly Lafferty, And Stacey Werner of OVER THE RAINBOW: THE SONGS OF JUDY GARLAND at Open Stage One of the moments they are particularly looking forward to sharing with the audience is “Over the Rainbow”. Often, it’s forgotten that “Over the Rainbow” has an introduction. As Landon comments, “when Nick begins that song on the piano, they’ll know what’s coming. But then we’ll start the introduction to the song, which may be one of the less familiar pieces they’ll hear. It’ll be so wonderful to hit the comforting, familiar, well-loved part of that song and to experience how the audience reacts to it.” Audiences may also hear some of the songs in a new way. Among the pieces that the performers love are “After You’ve Gone”, “The Trolley Song”, “Smile”, and “Make Someone Happy”. 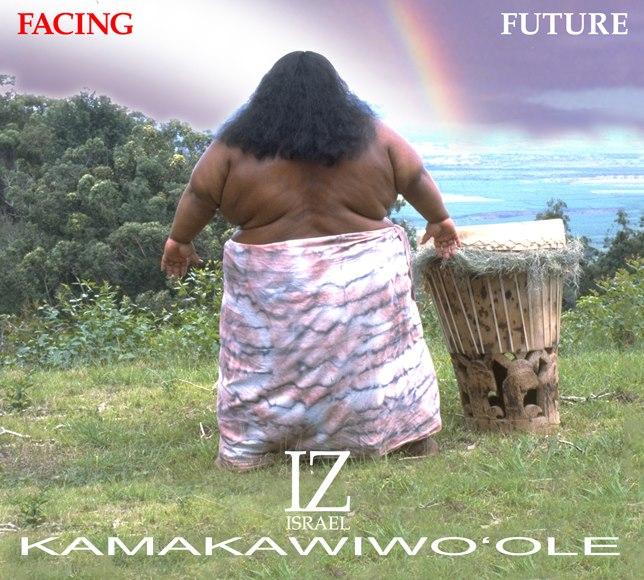 Israel Kamakawiwo’ole’s Famous Medley Added to National Recording Registry On Thursday, we celebrated the 62nd birthday of the late, great Israel Kamakawiwo‘ole, better known to many of us as Bruddah Iz. The legendary Hawaiian singer and musician left an indelible mark on fans, and the Hawaiian music industry. While nearly all of his songs are treasured by the people of Hawaii, one song in particular brought him worldwide recognition. That 1993 song, “Somewhere Over The Rainbow/What A Wonderful World,” is a medley of the Judy Garland and Louie Armstrong classics, but still it’s distinctly Iz. The song was first recorded in an impromptu 3 a.m. session with Milan Bertosa, who was at the end of a long day in his Honolulu recording studio. This year, the song received the distinction of being added to the Library of Congress National Recording Registry along with 24 others recordings “worthy of preservation for all time based on their cultural, historical or aesthetic importance in the nation’s recorded sound heritage.” “Taken from Iz’s album “Facing Future” — the first Hawaiian album ever certified platinum — this single was an international hit, and it has had a sustained life through its use in motion pictures, television programs and commercials,” the National Recording Registry said.